Fines separators are pieces of equipment used to separate soap particles from the vapours produced during the drying process.

Unlike many other companies in the industry, Soaptec specializes in the production of fines separators that are used both in pre-existing bar soap drying plants and in new plants, entirely commissioned to our company.

Soaptec offers two models of machines for the centrifugal separation of soap fines: the single and the double one.

Soaptec’s team of technicians and engineers is available to evaluate together the best solution for your company. In order to ensure high-quality performance and the ability of the equipment to intercept almost all of the soap particles, it is necessary that the separators have the correct size and that the speed of the vapours can be adjusted.

At the customer’s request, this equipment can be fitted with collection drums. The design of these components makes the emptying operation very simple. On request, Soaptec can install a throttle valve between the fines drums and the cyclone, which allows the drums to be removed without breaking the vacuum and consequently without stopping the installation. Alternatively, fines separators can be provided with fines extruders for soap recovery while the plant is still running. The collected residues can be recycled inside the atomiser or extruded in the atmosphere. Our team recommends tracing and insulating the separators, especially in colder climates. 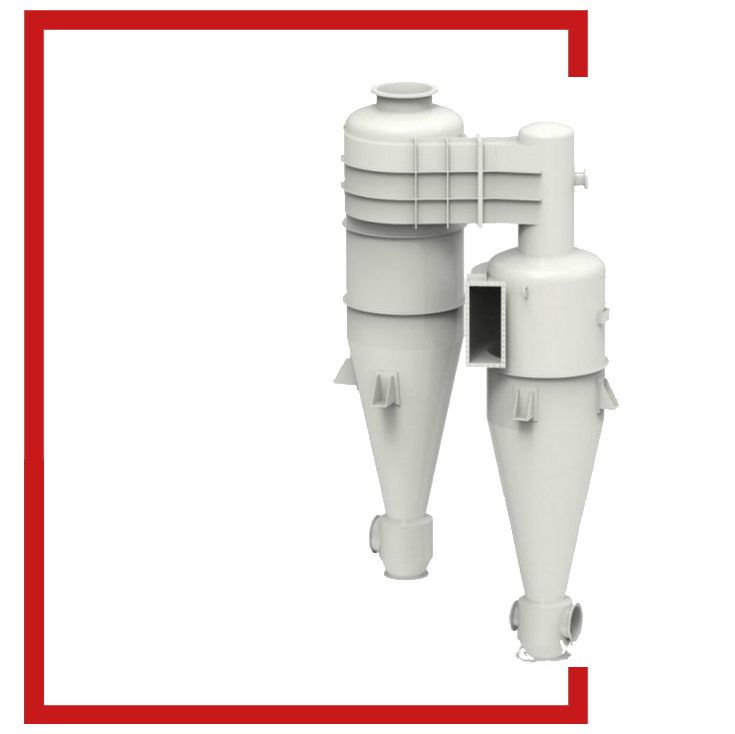 Fines separators designed and manufactured by Soaptec are developed for drying plants all over the world. It’s our decision to create machinery that comply with all national and international directives that has always allowed us to achieve this important goal. In particular, our company refers to ASME standards, Sec. VIII, Div.1, and UNI standards.
In addition, all products manufactured by Soaptec can be certified at the request of the customer prior to shipment.

For sturdiness and durability, our fines separators are built entirely of AISI 304 stainless steel, but can also be made of carbon steel.
Protective coatings, surface treatments, and accessories contribute to the overall quality of the machinery.